Drugs and the law

Drugs and the law is a wide area to cover. The following is is briefing of the main areas. 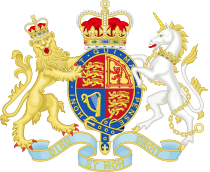 The Misuse of Drugs Act 1971 is the main piece of legislation covering drugs. The law places drugs into three different categories, known as Class A, B and C. Drugs regulated in this way are known as ‘controlled’ substances, and Class A drugs are those considered to be the most harmful, while drugs classified C are those considered not as harmful.

Use of the controlled drug is not in itself unlawful.

Drug trafficking (supply) attracts serious punishment including life imprisonment for Class A offences. To enforce this law the police have special powers to stop, detain and search people on ‘reasonable suspicion’ that they are in possession of a controlled drug.

Critics of the Act say that its classification is not based on how harmful or addictive the substances are, and that it is unscientific to omit substances like tobacco and alcohol.

Penalties for possession: Up to seven years in prison or an unlimited fine. Or both.

Penalties for dealing: Up to life in prison or an unlimited fine. Or both.

Penalties for possession: Up to five years in prison or an unlimited fine. Or both.

Penalties for dealing: Up to 14 years in prison or an unlimited fine. Or both.
Top of page

Penalties for possession: Up to two years in prison or an unlimited fine. Or both.

Penalties for dealing: Up to 14 years in prison or an unlimited fine. Or both.

Some drugs, for example Ketamine, are not yet classified and are regulated through the Medicines Act.

Section 8 of the Misuse of Drugs Act

The Current Section 8 covers: people knowingly allowing premises they own, manage, or have responsibility for, to be used by any other person for:

It is possible if you are, for example, a committee member, board member or manager (indeed a person ‘being the occupier or concerned in the management of any premises’) you could be prosecuted if you knowingly permit cannabis use in your premises.

The Regulations impose different regimes of control on the drugs by putting each of them in one of four main Schedules. Drugs in Schedule 1 have little or no acknowledged therapeutic use and are the most tightly regulated while those in the other three Schedules have medical uses and are subject to lesser regulation with those in Schedule 4 being least regulated. There is a fifth Schedule that applies to low concentration preparations of the drugs that are not for injection.

The penalties for drug offences depend on the class of drug involved. These penalties are enforced against those who do not have a valid prescription or licence to possess the drug in question. Thus it is not illegal for someone to possess heroin, a class A drug, so long as it was administered to them legally (by prescription).
Class A drugs attract the highest penalty, and imprisonment is both “proper and expedient”. The maximum penalties possible are as follows:

This law governs the manufacture and supply of medicine. There are three categories:

In England, Wales and Northern Ireland it is an offence for a person to supply to a person under 18 substances which (or the fumes of which) he believes are likely to be inhaled with the purpose of causing intoxication. In Scotland there is a similar offence under common law.

This is the main piece of legislation relating to the sale and supply of alcohol. It sets down the times alcohol may be served and who it may be served to. The act makes it illegal to sell alcohol to anyone under the age of 18 (with some exceptions). The legal sale and consumption of alcohol varies according to age, and there’s a summary in the section on alcohol.

It is illegal to sell tobacco to anyone under the age of 18 (Could be purchased at the age of 16 until 1 October 2007). The minimum age to smoke in public is 16, and authorities have the duty to seize any tobacco or cigarette papers in the possession of any person apparently under the age of sixteen.